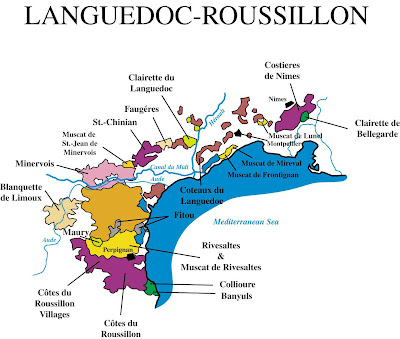 Posted by Ryan Mullins at 12:24 AM No comments: 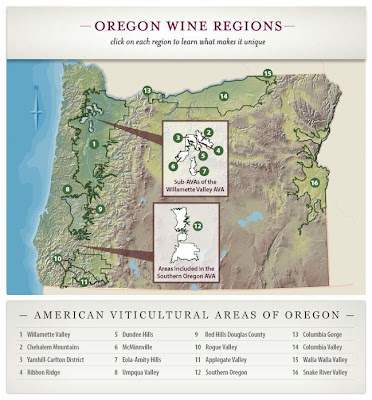 Some words on the AVA system from Bill Hatcher, owner of A-Z and a few other Oregon brands.
Posted by Ryan Mullins at 11:58 PM 2 comments: 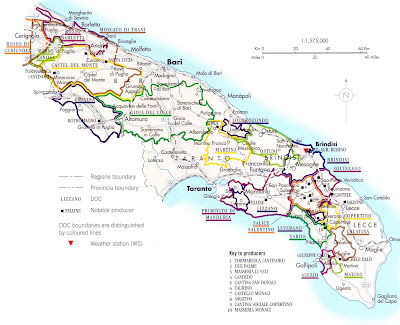 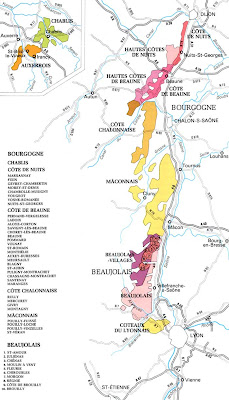 Posted by Ryan Mullins at 11:32 PM No comments: 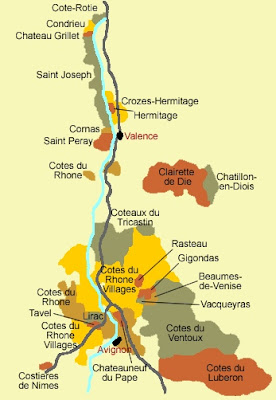 Posted by Ryan Mullins at 11:27 PM No comments: 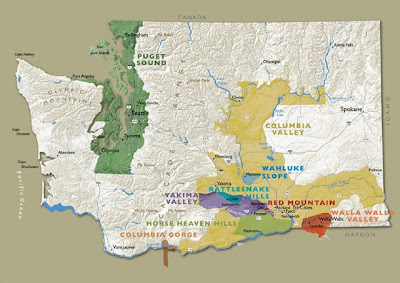 Posted by Ryan Mullins at 11:04 PM No comments: 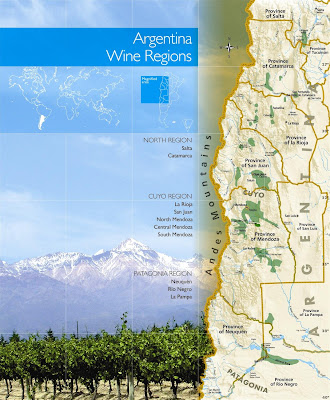 Posted by Ryan Mullins at 11:03 PM No comments: 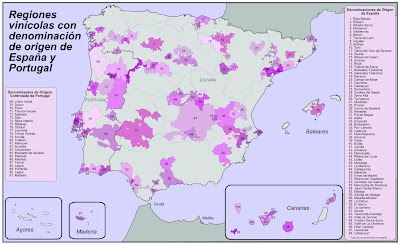 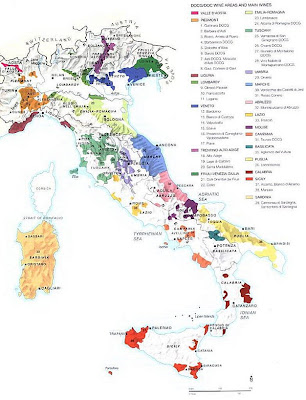 Map courtesy of Oz Clarke’s Wine Atlas via robgroh.com
Posted by Ryan Mullins at 12:59 AM 1 comment: 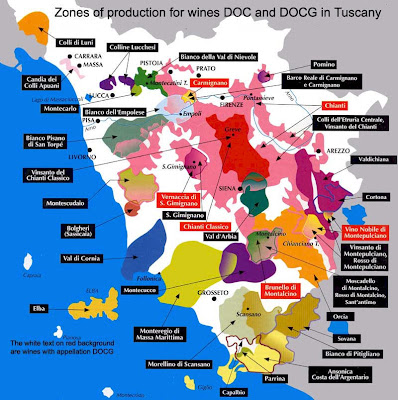 Map sourced from McNees.org Maps
Posted by Ryan Mullins at 12:45 AM No comments: 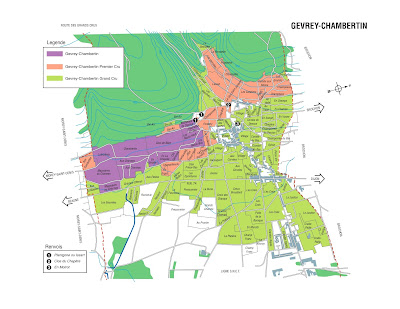 Note: The key is incorrect. The colors for village Gevery and grand cru are switched
Posted by Ryan Mullins at 12:31 AM No comments: 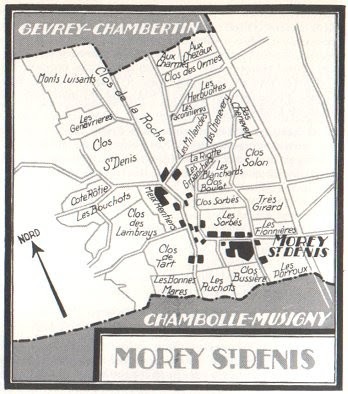 Maps and way more on Burgundy can easily be accessed at the Burgundy-Report.com
Posted by Ryan Mullins at 12:16 AM 2 comments:

Patricia Green on the 2007 Vintage in the Willamette Valley

"Of the eight vintages we have farmed, harvested and bottled here at Patricia Green Cellars this will likely be the most difficult one to WRITE about. Why? Well, it was far from a textbook vintage, no doubt many of you have seen an unusual number of “Oregon Pinot Noir Roses” on the market and maybe have experienced some less than thrilling Pinots from the vintage. It’s always easy to write that whatever you have to sell is the “best vintage ever” or the “best vintage since…” but there is a line you can cross where people simply don’t believe what you have to say if it runs to much counter to their actual experiences. There is no question that the 2007 harvest was tough. It rained and it rained more than just a little bit at times when we really don’t want it to rain at all. There were sleepless mornings when at 3:30 AM you lie there wondering why you ever put your life, beliefs and financial future in the hands of Mother Nature. The first 26 days of October (we finished picking on the 26th) were some of the most gut-wrenching and harrowing days we have spent deciding what to do and waiting to pick fruit that we have endured in a long, long time.

Okay, so that all does not sound so great, huh? The counter to all this is that we were mostly running ahead of a “normal” schedule when unsettling weather settled in so we had good sugars if not necessarily physiological ripeness fairly early on, the science and art of vineyard management is so much more advanced than it was 10 years ago it is almost not even possible to recount what things used to be like and what likely would have happened if 2007 had happened 10 years ago and we have learned through experience that you can wait weather out if you have taken care of your vineyards as well as possible and that there is some sunshine to be had at some point. And there was sunshine. Late October was actually beautiful in Oregon, far nicer than early October. We had windows of opportunity to pick when things had time to dry out and finish the last march toward perfect ripeness.

Did that mean everything was perfect? No, of course not. In 2006 we had the unprecedented experience of declassifying none of the wine in the cellar save for one barrel that had developed a problem due the barrel it was in. In 2007 we declassified about 6% of the cellar. That’s a pretty big chunk to take out of your label and sell off at a loss but we do what we have to do to ensure that wines that say Patricia Green Cellars on them come up to a level of quality that is fairly high.

What we began to see as the wines evolved in barrel after a long and cold winter (we have a passive cellar in the winter so you know what that means) was that we had extremely precise wines with more oomph to them than we imagined they would have. There is an extreme level of purity in these wines. We don’t mean that they are all crystal clean and one-dimensionally fruity by that statement. What we mean is that these wines have as great of a sense of the place that they are from as any wines we have ever produced here. For makers of Pinot Noir that are uniquely attached to place, hence all the many bottlings here, this is almost the best thing we can hope for. We want, for instance, Dundee Hill wines to taste like they are from the Dundee Hills and Ribbon Ridge wines to taste like they are from Ribbon Ridge. We want Ana Vineyard to taste the way we feel Ana Vineyard tastes. We work hard in every vintage to do as much as possible to bring the unique attributes of each site to the forefront. This is why we use native yeast fermentations, don’t have extended macerations or fermentations, don’t use heavily toasted and aggressive barrels, etc. Sometimes though the vintage is so dominant that these subtle differences can be obscured or dumbed down. While the 2006 Pinot Noirs we made we find to be exceptional for their ripeness, sweetness, density and flavor we would not, in general, hold them up as the best examples of terroir we have ever produced. For whatever reason the 2007 vintage really exposes the nature of each site beautifully.

On top of that naked purity there is also the fact that these wines are very, very good. They remind us a lot aromatically of the beautifully scented and underrated 2001 wines but with acid and tannin structures that probably have not been seen in such conjunction since 1999. For newcomers to Oregon Pinot Noir or Pinot Noir in general these wines are likely to take you by surprise. Pretty much every vintage since 2001 has been robust and mostly full-bodied with lots of ripeness and sweetness being the resounding themes (with the exception of 2005 which was still pretty darned ripe but certainly not as flashy as the other surrounding vintages). These wines are much more demure, definitely more medium-bodied and absolutely lower in alcohol than wines from the previous five vintages here in Oregon. They are not light wines though. There is a ton of substance in all of these wines and some of them will eventually border on being quite powerful when all their disparate elements come together.

We are certainly proud of every wine we put out but these wines we are that much more proud of because it was not easy. 2006 was easy. 2007 was hard. It is hard to expend the time and effort late in the growing season to get out to each vineyard and make sure that every detail is being taken care of so that the fruit we get in is going to be of the highest quality possible. It is hard, very hard to wait and wait through one weather system after another to get to the point you want to with your fruit. It is hard to instruct pickers and winery workers to throw stuff out but you have to do that to ensure that what goes into fermenters is only the highest quality fruit. And, we guess, in a world of ever-increasing convention and invention it is hard to go the old, tried and tested way and not bring to bear every gizmo and gadget designed to concentrate, intensify and “make your wine better.” Hey, sometimes having to get through a challenge makes you better, tougher, smarter and more capable. The harvest of 2007 was a physical and mental challenge but the wines are gorgeous and we hope that you will appreciate them along with the effort that went into them."

Patty Green and Jim Anderson are well worth the making the time to see if you're anywhere in the northern Oregon area! Their web site is also worth checking out.
Posted by Ryan Mullins at 11:51 PM 2 comments:

2) The Spanish province of Catalonia has outlawed what for its wines? Answer: Screw caps and artificial closures

4) The most widely planted grape variety in Bordeaux is what? Answer: Merlot


5) The cause of cork taint (a chemical known as TCA), was first identified in what year? Answer: 1981, by Swiss researcher Hans Tanner

6) Priced up to $800,000 per acre, the world's most expensive vineyard lard is located in what region? Answer: Bordeaux

Find your favorite here...
Posted by Ryan Mullins at 11:35 PM No comments:

Mike Benziger is one of America's top supporters of the Biodynamic farming movement in wine production.

A guide to Biodynamics by Jamie Goode. The only advice I can give you when embracing this idea is that you shouldn't get caught up in the small details like cow horns and poop!
Posted by Ryan Mullins at 12:53 AM No comments: 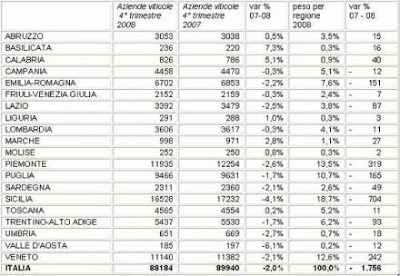 This chart was published in an Italian newspaper showing that overall production of grapes, which is a huge part of agriculture in Italy, is down 2% overall.

Although this may seem like a bad thing it isn't. Does this mean eventually, like 2020, that it will be harder to find a good $10 bottle of wine Italian wine? Yes! However I think this overall contraction of demand in Italian wine grapes and their end product will force producers to only farm the best sites. Also this will cause farmers to concentrate the efforts on quality and not quantity to avoid dumping their wine into western Europe's already overflowing wine lake.
Posted by Ryan Mullins at 12:20 AM No comments:

Produced by Graperadio.com
Posted by Ryan Mullins at 12:03 AM No comments:

Trust your own palate! 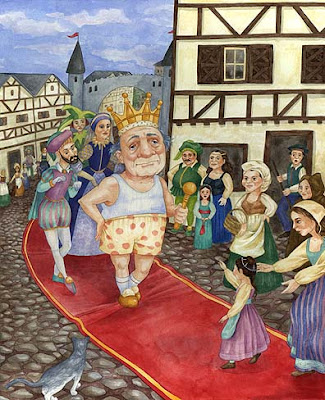 And don't mess with Dr. Vino!

This may be the first time Robert Parker has been confronted and responded ultimately with nothing to say other than you already don't like us!

This is good for all parties involved particularly the trusting score whores.
Posted by Ryan Mullins at 11:27 PM 1 comment: 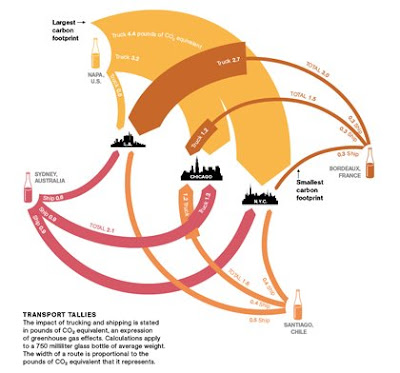 This came to me via Dr. Vino's blog but this was also published in the month's National Geographic magazine. Up with high quality box wine?

sshhhh! back to the red wine cures all illnesses stories!!!!
Posted by Ryan Mullins at 1:04 AM No comments: 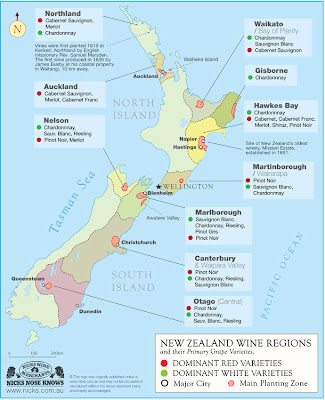 
This map of New Zealand was found at Nicks.com.au which is stock full of free maps!

11. How many Premier Cru villages are there in Champagne?

Map of the Loire Valley

click on the map to see a full size version

From Laurent Noblet at Jon David Heidrick Selections
Posted by Ryan Mullins at 9:56 PM No comments:

10. How many Grand Cru villages are there in Champagne?

There are 17 Grand Cru vineyards in Champagne.

Posted by Ryan Mullins at 10:44 PM No comments: 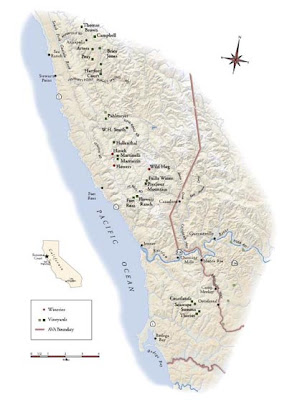 Above: The True Sonoma Coast

Below: Sonoma Coast AVA (as it has been gerrymandered currently) 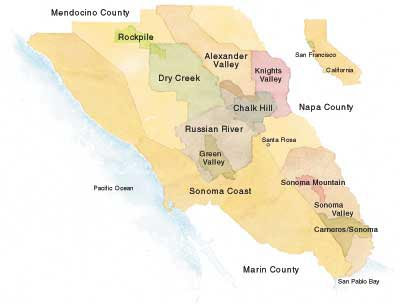 maps sourced from Peayvineyards.com
Posted by Ryan Mullins at 10:09 PM No comments:

What are the grapes allowed in Cremant d'Alsace AC?

A ton of grapes makes how much wine on average?

From Shafer Vineyards Line on Wine
Posted by Ryan Mullins at 11:26 AM No comments:

Name the sub AVA's of Mendocino 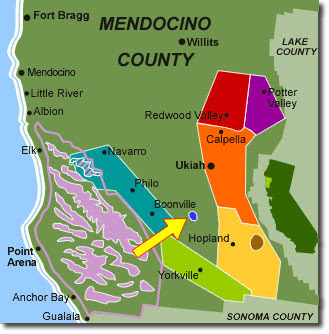 What is the best grape for wine in the Franken, Germany?

Grape Break down in the Franken

Pinotage was developed by Prof. A.I Perold in 1925, when he successfully crossed Pinot noir and Cinsaut, which was then known as Hermitage. Hence the name Pino – tage.
Posted by Ryan Mullins at 8:42 PM No comments: